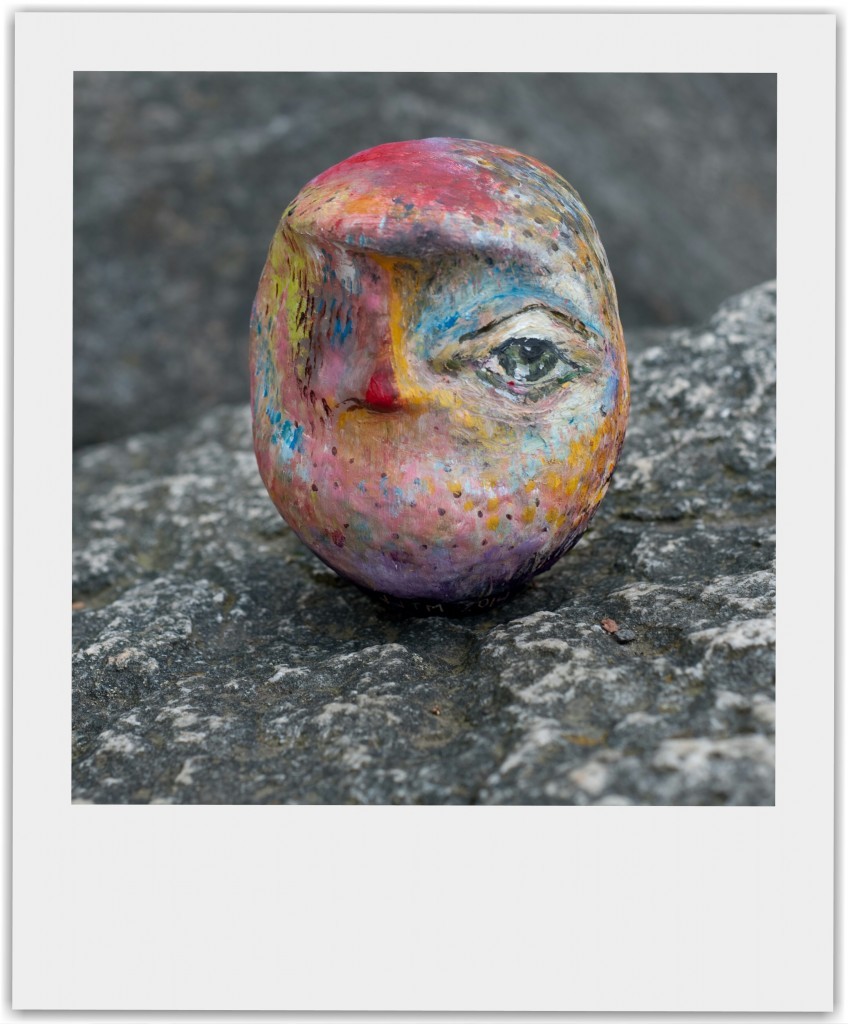 Jani is the two-faced Daruma Doll I painted for the Nikkei National Museum and Cultural Centre, Bloom 2014 Exhibit and Auction (May 24, 2014).

My Daruma for the Bloom 2014 project is a conjunction of Japanese and Western artistic traditions. I created a Jaunus-faced Daruma by combining two dolls such that there is a forward and backward looking face on each side. (Janus was the two-headed Roman God of Time and figures as a theme and metaphor in Western European literature.) As a painter, I also wanted my Bloom Daruma to speak about the classical Western tradition of oil painting and not about the decorative arts, graphic or industrial design. The surface of “Jani” was painted freely, and covered with unplanned and expressive brush marks using an oil and wax medium. As per Japanese tradition, the eyes were painted last. This Daruma is complete in that it has two eyes. But, because there is only one eye on each face, “Jani” remains open to wishing, dreaming and the manifestation of intentions.